The Value Of Mangroves 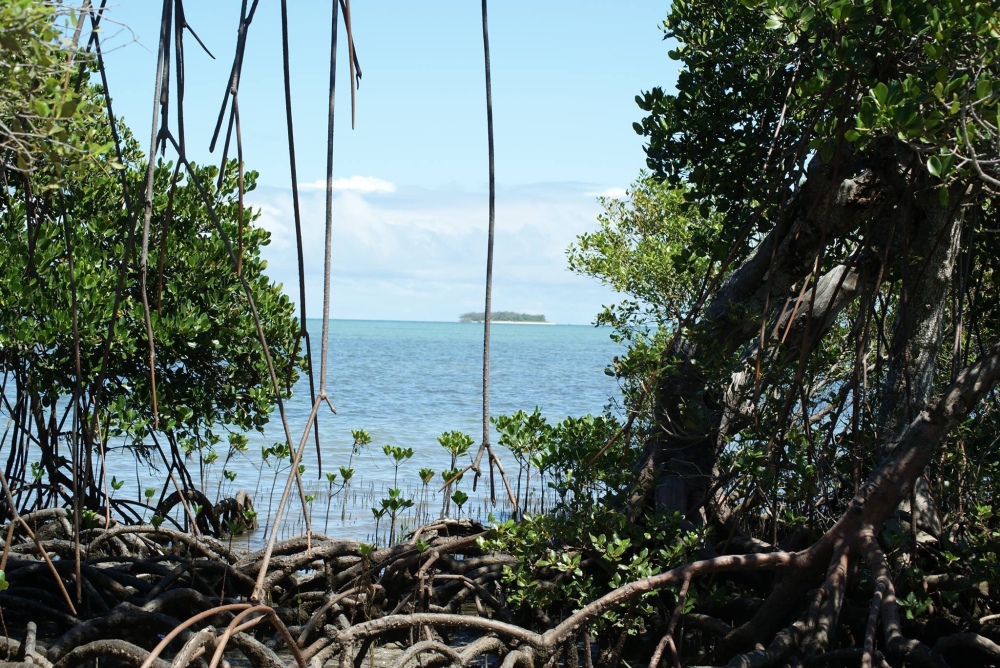 The term “mangroves” is a broad one, covering over 50 species of tree in roughly 16 families, all thriving in estuarine and intertidal regions. These trees are unique in their tolerance to conditions that partner their surroundings. The high salinity poses little issue, if salt isn’t excluded from absorption by the roots, it is excreted through the forests modified leaves. Highly complex root systems combat the lack of oxygen in the soil, with pneumatophores protruding from the mud like breathing fingers. Unstable sediments are bound by the forest’s dense network of rhizomes, forming a platform from which other life can flourish.

Mangroves are hugely diverse ecosystems in themselves, supporting an array of life from both terrestrial and marine habitats. With one foot on land and one in the ocean these forests link the two, transferring energy from one realm to the other and creating the base of many important food webs. On top of this, these amphibious plants play a vital role in coastal maintenance as well as in the preservation of various marine ecosystems such as coral reefs and seagrass beds.

The fragility of tropical coastlines is bolstered by dense thickets of mangroves that act as barriers against the erosive power of offshore storms and strong tidal action. And, as effectively as mangroves guard the earth from the sea, they protect the ocean from the land. Coastal sediment and nutrient run-off is intercepted and stored within the mangrove system, preventing soils and supplements entering the seas and altering the dynamics of finely balanced ecological communities such as coral reefs and seagrass meadows.

The importance of mangroves to reefs goes further than this. With nutrients and shelter never in short supply, mangroves offer themselves up perfectly as nursing grounds for a range of fish and invertebrates. Many pelagic and reef species will deposit their offspring within these nurseries. Juveniles take advantage of the ever abundant resources before making their way to the big blue as adults.

As well as preventing land degradation and supporting marine ecosystems separated from themselves by miles of ocean, mangroves offer essential resources for coastal communities. They create local and commercial fisheries such as crab, prawn, mollusc and fish, establishing local industries and supporting economies. For centuries the extremely valuable wood has been used as timber and for fuel in poverty stricken countries, with the leaves being utilised as animal fodder. Tourism in mangroves has been left relatively untapped with the habitat holding an enormous array of birds, amphibians, reptiles, mammals, invertebrates, plants and fish. And yes, they are trees, they absorb thousands of tonnes of carbon dioxide every year and provide us with oxygen to breathe. In fact, studies show that mangroves store CO2 far more efficiently than any other type of forest and that a massive 10% of deforestation emissions result from the felling of mangrove trees.

With all this in mind mangrove forests would seem an asset that is worth preserving. Around 35% of mangroves, however, have already been lost. The majority of this is

down to the clearing by man to make way for coastal development, infrastructure and agricultural practices. One of the leading threats in recent times to mangroves is the farming of shrimp and prawns. Already an estimated three million hectares of coastal wetlands, including mangroves, has been lost to make way for shrimp ponds (in particular through Southeast Asia and Latin America). An industry that may advertise itself as being a more sustainable alternative to the destructive methods of trawling is no more friendly to land nor sea. As well as demanding space from once flourishing mangroves, shrimp ponds are often responsible for introducing disease into surrounding waters and stocks and are ultimately short-lived.

With increasing demand for shrimp and prawns in developed nations such as the U.S, Canada, Australia, Japan and throughout Europe, the prognosis is a worrying one. The loss of such a barrier as mangroves is leaving coastlines and their communities exposed to the forces of the ocean. Furthermore, marine environments are becoming subject to increased levels of sedimentation and eutrophication as a result of the mangroves demise. Habitat loss is leaving animals to look for alternative dwellings, nurseries and hunting and grazing grounds that are all becoming fewer and further between. As well as this, local communities are left scratching their heads searching for new resources to harvest, that were once so prevalently supplied by mangroves.

Once again man’s efforts to harness nature are leaving us reeling, fighting an uphill battle to do the jobs she used to do for us through the unsung work of mangroves: guard the shores and the people who live there, and preserve coastal water quality and with it some of the most diverse and enchanting ecosystems known to man.

There is no short-term fix but again part of the answer lies not with the governments of the world, but with us, the public. Cut the demand and the rest will follow. Shrimp ponds will become fewer and fewer, mangroves will begin to return and a balance can be achieved.